Exorcism and the Fears of a Priest 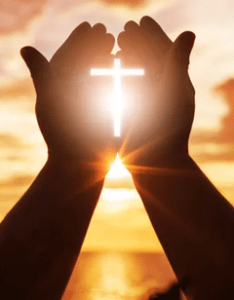 In my experiences as a servant in ministry God has drawn me into grounds that I thought others were supposed to tread.  In one situation I was asked by a couple priests to do an exorcism over an individual.  As I received this request I thought within myself… “Isn’t this what priests are supposed to do?  Why would they call me?”  (Upon review, later, they were specifically led to call upon me to gain insight on a “new way of power”)   I welcomed the opportunity and had a clear knowing within my heart that God would guide me and that God’s Spirit within me was and is the greatest force within creation and that it was God that would accomplish all that needed to occur… so I thought… “let’s go see what would rise as I surrendered into His presence and allowed for this to unfold.”

The priests stopped by and picked me up and began to say how important it was for me to engage in the deepest of prayer to “bind the demonic” because they had been told that the man involved was fully engaged in a demonic episode (I had no idea what that meant) and there was much that we needed to prepare for.   In the simplicity of my mind I was thinking, “ why would I want to ‘bind’ something that I can relinquish into God for Him to do with it as He wills.”  I was told to embrace the authority He (God) has given us through the name of Jesus.  As I sat and listened I witnessed much fear within them and in my ignorance I was stunned by their lack of understanding; mostly the lack of knowing that they already had the most powerful force within them, Yah Veh’s presence.  Therefore there was nothing to fear or bind if we just surrendered to God’s presence within us.  But they didn’t seem to grasp this as I shared it and continued to say I needed to take this more seriously.   (“wait a minute, you called me, and within me my own mind thinking, I’m just along for the ride to learn something from them.  I was a little slow on the uptake.”

As I stated earlier, upon review, they were guided to call me to learn a new way.  I did not know this at this point in the process) Thankfully God protected me from my ignorance and their words and I remained in prayer in the manner I have been called to.  As we traveled to the person’s house I was in a blessed and peaceful state.  They both engaged in prayers binding the demonic, speaking with words of force and authority and from my perspective, words formed of fear and I was not in agreement with the words they were speaking.  But, I remained in quiet prayerful observation until we arrived.  As we walked up to the house I entered in with them and the gentleman was already fully manifesting intense signs of the demonic.  He was writhing on the floor, coughing up a nasty smelling bile, and screaming out many obscenities.  His voice would shift from masculine to feminine as it intensified.  When I say “shift from masculine to feminine,” I mean completely different voices were emerging from his mouth as he was screaming out and then talking, and then shouting, as if different people were in him.

Each voice was totally different and very intense.  I entered prayer and the presence of God simply overtook as a prayer of Aramaic presented.  I was led to sit on the floor as he was laid flat out on his back and began to breathe heavily and become subdued in front of me.  At first the priests were beside me when we entered, but as the gentleman was shouting I was unaware that they had drawn away.  I still thought they were at my side at this moment and just engaged in prayer.  As I drew to the floor and took his head into my lap, I heard a beautiful prayer of peace and Love rise from me and he went completely quiet as his breathing eased and settled.  He became very quiet.  All the bile he was vomiting forth subsided, the voices subsided, and I felt God’s Spirit rise, not in war as a warrior would, but in peace as the quiet and order entered in.  The prayer continued to rise up very gently and I looked down toward the floor beside me and noticed the priest’s feet were no longer beside me.  I looked up and they were both standing on the other side of the couch watching me.  Inside me, I was saying, “really? Do you think a couch is going to protect you from things of a spiritual nature?”

I was immediately corrected within my Spirit as a “knowing” entered in, “judge not and to pray more deeply for their edification.”  As the prayer continued to rise from my tongue I was moved to gently cradle this mans head in my lap and allow the prayer to continue.  After a few moments of prayer and then silence, the gentleman looked at me and said… “Where’d you come from?” and settled into a peaceful place wondering what had happened and why he was on the floor.  Both priests emerged from behind the couch and sat down.  One was in tears, the other looked confounded.  I sat with the man’s head still cradled in my lap and we just spoke for a moment and all was good.  The whole “exorcism” portion lasted approximately 10 or 15 minutes (give or take a bit).  We shared some spiritual counsel to help him maintain his recognition of God above the spiritual things that were just released and taught him of the importance of Yah Shua’s words when He said, “if you release anything of a spirit nature, or of a demonic nature, you MUST welcome the presence of God within this place, or Many of LIKE KIND will return.”

He was truly blessed and he has sustained in this state for over 15 years.  This emerged after he endured more than 20 years of the physical and spiritual addiction.  The freedom from the demonic was brought about by Grace through God’s LOVE, not a warring spirit.   A simple prayer of Love did more than 11 re-hab encounters, 8 counselors, and many years of suffering.   The main take away for the priests was that they had witnessed what could transpire when embracing the call of exorcism through LOVE and not perceived as something to be overpowered and bound within the authority of man…