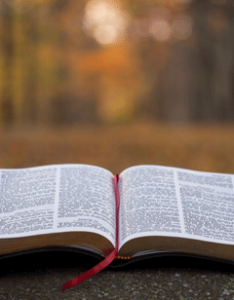 I had the opportunity to serve an elder gentleman, which had been suffering in great pain following surgery.  I received a call from a woman I had served many times.  She said she had a friend and neighbor, which recently had surgery for an enlarged heart and was not improving (this turned out to be a misunderstanding).  She asked if I would pray over him to see if we could determine what was impeding his recovery.  I was given his name and no details of the surgery or his condition.  We connected up and began to pray.

As I prayed I received allot of information through Divine guidance, about the circumstances relating to a surgery he had just encountered.  I could “see” a number of people surrounding him “fighting”, arguing, and in total disarray in matters of the heart.  At this point in time, I had no idea of the implications surrounding this particular knowledge, but we continued to pray as I sought more wisdom.  I was in a revelatory mindset that there was some form of heart condition and that he had undergone some manner of heart repair recently, but it was not tied to the “surgery.”  During this part of the prayer I was given a vision of a foot laid open and festering with all kinds of degraded flesh around the opening.  As I saw the “opening” in the foot in the “vision’ I could see that there were many spiritual forms passing within the wound from wall to wall of the wound.  The vision was rising in me and bringing wisdom relating to some sort of foot in surgery and someone “speaking” curse into it.  (To describe the vision more deeply… imagine the open wound of the foot being a small walled off portion of the cosmos with many things of an ethereal nature passing to and fro within the boundaries of the “cosmos” (wound) or “space” within his body.)  Which seemed quite strange because at first I thought it was revealed as a “heart issue” and surgery.  I could see this image of a foot laid wide open on the top and covered by a spirit of infection along with “the words” of the surgical team manifesting and festering within the wound.  This was actually standing in the way of the body’s ability to rise up and heal the foot.  As I began to describe to our brother what I was receiving relating to his heart and the bizarre image of the foot, he was astounded.  He knew he had not shared any details of either to my friend or with me and began to explain what had transpired.

A short while before this time he had undergone medical treatment for an enlarged heart.  He was receiving medication and medical counsel to improve his condition.  While this unfolded, he had taken a short walk in the desert and had passed out.  The place where he had fallen and was unconscious, laid him out on the ground with his foot over a fire ant mound.  During the time he was unconscious, the fire ants began to sting and fill his foot and ankle with poisons.  After a time he had awakened in excruciating pain and someone had come upon him and managed to get him emergency medical help and off to the hospital.  Remember I was told nothing about his condition and it was then that I could “see” what was unfolding in him with the “spiritual” influence undermining his healing.  As I described the image of the open wound and the festering of the “spirit of infection.” He was a little taken aback because he knew he had not shared the foot info with our mutual friend, at the time she was vaguely aware of a past heart issue and was assuming that was the issue we were praying into.  Of which, she gave me no info.  As I shared further, he told me about a the recent surgery on his foot and that it had gone gangrenous and that he may lose it after the weekend if things did not change…  I said, “that will not be the case, we will release the spiritual ground and it will close and come into order.”  (As I spoke these words, I felt like I was an observer and felt great power in the words as they emerged).  I stated emphatically that the ants weren’t the problem, it was the words spoken by those in the surgical unit which “laid hold” in him and undermined the healing process.  He asked for deeper clarity and I explained that I saw many words spoken in the surgical unit and that the words birthed many things of a spiritual nature in him.  The specific image, which came forth, was that there were three people fighting and arguing over the foot as our brother was in surgery and on the table unconscious.  As they were arguing the words they were speaking and the “spirits” they were engaging with, were entering into this body on the table while unconscious and defenseless.  The spirits revealed after the spirit of infection were, high judgment, critical spirit, spirit of anger, spirit of hostility, spirit of aggression, spirit of confusion, spirit of justification, and spirit of resentment.  Please be aware these were not present in the patient, these were spoken into the patient, it turns out, as the team was arguing over his unconscious body.  Arguing in fear of failure and fear of death and their influence over the potential care of a patient.

I was not present and I was thousands of miles away and I could see this as it unfolded days before on a spiritual plain.  The patient did not know this occurred and as we prayed to release these spirits from him his foot literally started to ease in pain and then it began to close up.  We continued to pray and many other things were revealed. within the wound on his foot.  As I mentioned these were things of a “spiritual nature” undermining the potential of God’s presence being known and healing rising.  Our brother was still looking at his foot astounded as we shared and he described that a nurse would come to the house each day three times a day and “de-breed” the wound and redo the bandages.  The nurse and the doctor felt that the process was escalating and that the loss of the foot was inevitable.  As I prayed with him more deeply, we joined together and released the individual spiritual influence I was able to see, and as he watched his foot began to soften in color and actually began “close” from the ends toward the center.  This unfolded over a period of about 30 minutes in our phone call, which lasted a little over an hour and a half.  Our brother was astounded and was very thankful… however this is just the beginning of the miraculous.  The day we were in prayer was Saturday and the following Monday our brother as able to get himself to the Doctor’s office.  During that time the doctor was astounded to see such a drastic and substantial change and wanted to know what had happened. Our brother explained what transpired in our call and the Doctor broke into tears. As he did our brother asked him what was the matter.

The Doctor explained openly that the surgical unit was in a bit of an intense state relating to his arrival and the state of his foot.  He stated that he had asked for medical information on you and they gave the surgeon the wrong file and he almost made a fatal decision in the midst of the fray.  By his own admission his decision, if not caught, would have cost our brother his life.  It turns out they had not given him the info on his enlarged heart or the proper info regarding the medication he was presently consuming.  Upon this discovery the doctor was very irate and had attacked a nurse and the nursing staff through anger, hostility, and aggression. When it was mentioned that I “witnessed” spiritually what had transpired this is when the Doctor realized the full impact of his words upon a patient and had broken into tears and became totally transparent to our brother.  It turns out that the surgical team had left the foot open because it was not healing and was full of infection.  When it was explained that I had no knowledge of these factors and was praying over the phone thousands of miles away, the doctor and all who shared in this story were blown away by the awesome power of God and His Grace to bring clarity to this ground with healing and wisdom for the patient and for the medical staff.  The doctor had admitted that they had fought and gave the specifics on how it unfolded and the types of things, which were said.  When he realized his role in this patients suffering he was blown away to discover how the words spoken over an open vessel could actually bring spiritual curse upon someone.  He could not argue it because there was no way I could have known, and there was no way the patient could have known.  It turns out that this whole experience brought healing to the patient, the doctor, and the nurses.   We have an awesome God, a God who took words of death and transformed them and their influence into Life within the body of a man.